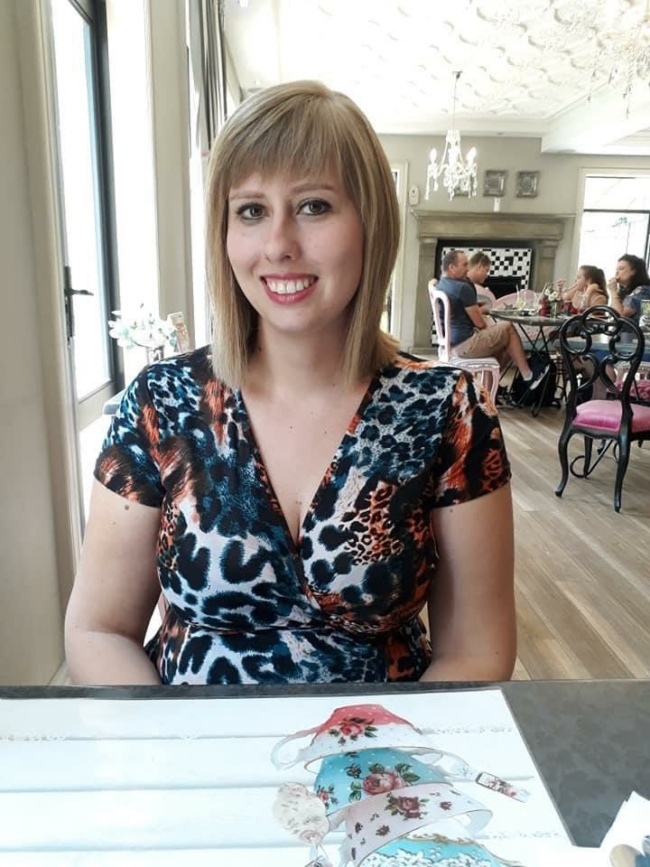 When Stellenbosch student Nicola Kassier was phoned to be a bone marrow donor for a South African in need, it gave her the chance to answer another call, one she’d heard from her own heart for many years: to help individuals on cancer journeys.

For as long as she can recall, Nicola Kassier has had a heart for cancer patients. She remembers in Grade 12 hoping that someday she’d have the opportunity to make a significant impact in the life of someone battling cancer. She didn’t realise then that just a few years later, she’d have that chance—and save a life in the process.

In 2008, Nicola was a first-year student at the University of Stellenbosch when she came across a bone marrow registration event being held on campus. She had heard about bone marrow before; in fact, she’d even been in contact with the South African Bone Marrow Registry (SABMR) earlier in the year, when she heard about a young girl named Suzie in need of a transplant and phoned the Registry to say she was willing to help. The SABMR told her that while she likely wouldn’t be a match for Suzie, she could begin the process of registering to be a bone marrow donor, and someday she may be a match for another patient in need.

So when she saw the campus registration drive, she jumped on the opportunity to sign up. At the time, the bone marrow donor registration process included a blood sample, so Nicola gave a vial of blood and completed a short health questionnaire. Donors registering today don’t have to give vials of blood; rather, they just need to complete a simple, painless cheek swab.

Unfortunately, the young girl that Nicola had phoned for didn’t find a donor in time and did not survive. But, thanks to Suzie, another South African patient did—and that donor was Nicola. Just over a year after she registered, the Registry contacted Nicola to say she was a potential match for a different South African patient in need, this time a man just a few years older than herself. Further tests confirmed that she was a perfect match.

In February 2010, at the age of just 20 years old, Nicola donated her bone marrow stem cells for her miracle match. The SABMR flew her mom to Cape Town to be by her side during the procedure, which occurred at Constantiaberg Medi-Clinic Hospital.

Leading up to her donation, Nicola was nervous but determined to move forward. “I was very anxious but I wanted to do it anyways,” she says. “I didn’t know much about it, but I knew that I wanted to do it, that it was the right thing to do.” In those days prior, Nicola received the set of injections given to donors to encourage their bodies to produce surplus bone marrow stem cells.

Nicola was awake and chatting during her donation, which lasted eight hours. And although the procedure made her slightly nauseous, “I still ate all the chocolate pudding they gave me!” she jokes.

Because the patient she was donating for was slightly larger than herself, Nicola ended up needing to donate two days in a row to ensure enough stem cells were collected to transplant the patient. Nicola was exhausted when the donation was over, but in looking back, she refers to it as an “amazing and emotional experience.”

“I cried and laughed a lot,” she remembers. “I really felt connected emotionally to the man I was donating for. It was knowing that he was getting chemotherapy to receive my cells, and that he was really suffering, all for the chance of getting well, for the chance that my cells might save him. It was a giving of myself to help this person.”

Nicola later found out that the man she had donated for had been sick for many years, waiting for a donor to be found.

Now 31, Nicola is a counselor, helping others navigate their own emotional journeys. And she still has a heart for cancer patients: when a friend was diagnosed with breast cancer (who has since recovered), Nicola joined her in passing out care package to other cancer patients at a Pretoria hospital. In October 2019, Nicola and her husband moved to Calgary, Canada, where she says they’ve met many South Africans.

To her friends and family considering registering to be bone marrow donors, Nicola urges them to follow their heart, just like she did. “If it’s in your heart to donate, do it,” she says. Because if you do, you may just save a life.