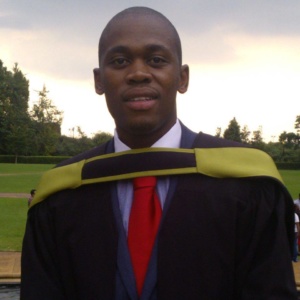 Johannesburg student Reabetswe Khumbane, 22, registered as a bone marrow donor two years ago, and shortly thereafter had the opportunity to give what he considers the greatest gift

A regular blood donor, Reabetswe Khumbane was about to donate blood on the University of the Witwatersrand campus when he spotted a young woman at a nearby stand recruiting for The South African Bone Marrow Registry. ‘I’m a very curious person, so I approached her and asked what it was all about,’ recalls Reabetswe, now a post-graduate student of economics. ‘When she told me, instantly I was hooked!’ He registered as a donor, and within a couple of months had received a phone call from the SABMR, asking if he was indeed willing to donate bone marrow stem cells. A young child needed a bone marrow transplant, and Reabetswe was a possible match. He agreed, and after blood tests showed he was a perfect match, his procedure was scheduled at Netcare Garden City Clinic.

In a process similar to a blood platelet donation, a donor is linked to a machine by an intravenous line; the bone marrow stem cells are later filtered out of the blood. Reabetswe admits to having felt ‘a bit nervous’ at the start of his donation, but being in safe, professional hands helped, as did the presence of his sister and a friend: ‘They sat at my bedside and talked to me, cracked jokes and made me feel relaxed,’ he says. ‘There was nothing to worry about. I was there for between six and seven hours. Lots of doctors helped me through the process, and many staff were checking up on me to see if I was okay and that it was going smoothly. It was a very straightforward procedure.’

Volunteering for selfless acts is in Reabetswe’s nature. ‘I’m a person who always tries to make a difference. If I’m healthy and can help someone with blood or stem cells, I’ve got this massive chance to help a person in need. I can save somebody’s life,’ he says. ‘After the procedure I felt great. I was proud that I’d gone through with it, and that a young life would be improved.’

To those interested in becoming donors he says, ‘there’s absolutely nothing to be afraid of.’ After the donation Reabetswe felt slight fatigue and, as advised by his doctor, refrained from sport for seven days to rest his body. ‘For a week I didn’t run or go to gym, but after that everything went back to normal very quickly,’ he says.

Keen to meet his recipient one day, he urges others to register as a bone marrow donor. ‘You’re making such a difference to a person’s life, and the feeling it gives you is unbelievable. Giving cells to someone, actively improving their life – there’s no gift better than that.’