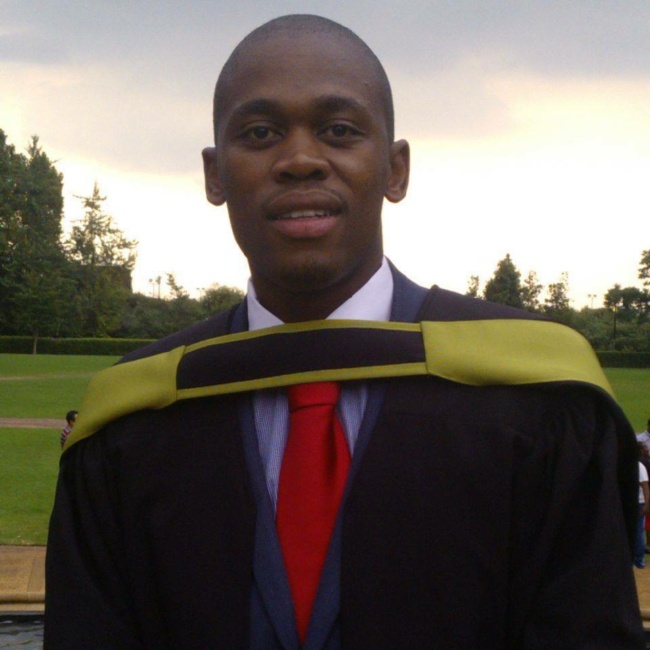 Eight years ago, 20-year-old Reabetswe Khumbane jumped on the opportunity to help save a sick child in need of a bone marrow transplant. Below, Reabetswe addresses why it’s so important for all Black South Africans to register as bone marrow donors—and what’s stopping them from doing so.

When 20-year-old Reabetswe Khumbane was a student at the University of the Witwatersrand, he visited the campus blood drive to give his regular blood donation. That’s when he came across the South African Bone Marrow Registry (SABMR) registration tent and learned what it meant to be a bone marrow donor.

“Right away, I knew it is something I had to do,” Reabetswe says. He immediately completed the donor registration process, eager to get his name on the Registry in hopes of saving a life someday. It wouldn’t be long before he got that chance—and took it.

While most registered donors never get the call to donate, and the ones that do typically get the call many years after registering, the SABMR phoned Reabetswe within just a few months to notify him that he was a potential match for a young child in need of a bone marrow transplant. He agreed to a round of blood tests, which confirmed he was a perfect match for the child.

Less than one year after registering, Reabetswe completed his donation at Netcare’s Garden City Clinic. His sister and a close friend were by his side throughout the six-hour process. While he was nervous at first, Reabetswe says, he quickly realised “there was absolutely nothing to be afraid of. It was a very straightforward procedure and the SABMR made sure everything was taken care of.”

Reabetswe says the SABMR staff were “friendly, patient and extremely supportive”, even staying by his bedside throughout the donation to ensure he was comfortable and had everything he needed. “It showed me how much the SABMR cares about their donors, not just as a donor but also as a person,” he remembers. Since his donation, Reabetswe says the SABMR team calls often to check in and say hello.

When asked how he feels about being a donor, Reabetswe says he is proud and grateful. “Being a donor is something I hold very dear to my heart and will cherish for the rest of my life,” he explains. “One of the mottos in my life is to try to make a difference in the lives of all those that you come across. Being able to improve someone`s quality of life is a priceless and sacred gift.”

Unfortunately, Reabetswe says, many Black South Africans do not register to be bone marrow donors. He believes this is due to a lack of education about bone marrow, misconceptions about what it means to be a donor, as well as a general mistrust of Western medicine. “Historically,” he explains, “procedures such as blood and bone marrow donations have been discouraged due to beliefs that these procedures remove things from the body. There is a misunderstanding that donors are losing a part of themselves. When you are not informed about something, you often tend to come up with your own theories, which leads to misinformation being spread.”

Thankfully, Reabetswe believes that misinformation can be remedied through dialogue, so he’s taking every opportunity he can get to share his story with friends and family. He explains, “The Black South African culture is very big on the concepts of Ubuntu and community building, and if we can explain the lifesaving potential that registering has for people in our community, that will help motivate people to sign up.”

This is great news, because the SABMR is specifically seeking donors of colour between the ages of 16 and 45. Donors are usually found within the patient’s ethnic group, and because Black South Africans make up a majority of the South African demographic, it’s of critical importance that the Registry is reflective of that so that all patients in need have an equal shot at finding a donor. Because without enough people of colour registered, Black and Coloured South Africans may not find a match in time—and may not survive.

“By increasing the number of Black South Africans who register, we can increase the potential to help Black patients desperately in need,” Reabetswe says.

All it takes to register is a simple cheek swab, plus the completion of an online health history questionnaire. Cheek swabs can be done at one of the SABMR’s depot partners like Intercare or Pathcare, or in an at-home kit couriered to you free of charge. Many blood donation drives also offer the option to register. For more information, check out the SABMR’s website at www.sabmr.co.za, call (021) 447-8638 or email donors@sabmr.co.za.