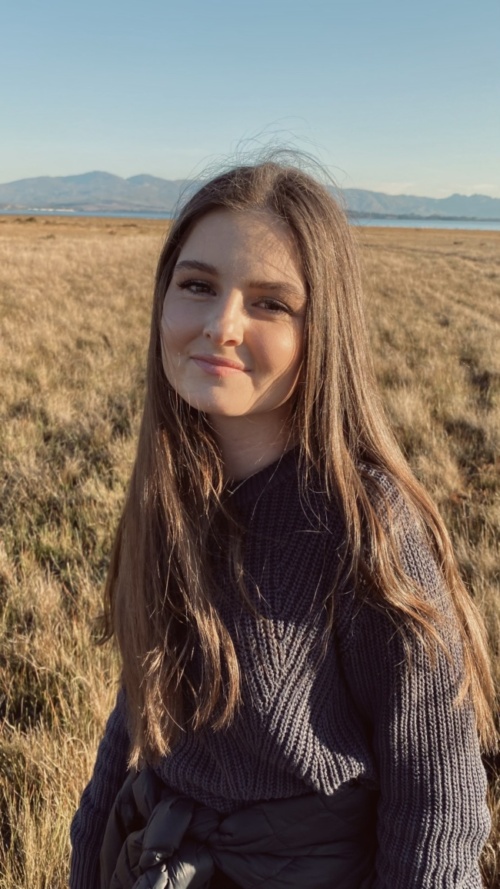 As a toddler with leukaemia facing just a 10% chance at survival, Rebecca Stringer needed a miracle. That miracle was found in Zyta Foxcroft, who would donate the bone marrow to save Rebecca’s life. Now 18 years old and 14 years cancer-free this October, Rebecca is off for a gap year abroad with a full, healthy future ahead of her.

Rebecca Stringer was only two years old when she was diagnosed with Acute Lymphoblastic Leukaemia. Under the care of paediatric oncologist Dr. Monica Vaithilingum, Rebecca—just a toddler at the time—underwent six months of rigorous chemotherapy, which thankfully pushed her cancer into remission. But just one year later, in 2007, Rebecca’s cancer resurfaced, and suddenly a bone marrow transplant became critical and urgent to keep her alive. The South African Bone Marrow Registry (SABMR) immediately began searching for a compatible bone marrow donor for baby Rebecca.

A relapse, and a second chance

The few months that followed were nightmarish and emotional for Rebecca’s parents, Sarah and Jurgen. When Rebecca’s relapse was discovered, her medical team put her on a highly potent chemotherapy drug that, while necessary to help cure her, made her extremely sick. For a few weeks, Rebecca was so weak that she mostly slept, and her hair fell out for the third time.

Although young at the time, Rebecca recalls being terrified of her daily injections and the embarrassment she felt when her hospital sheets had to be frequently replaced because her medications would cause her to throw up. She remembers moments of lying in bed, overhearing her parents crying in the next room.

But, Rebecca shares, she also remembers lots of love and laughter from those days, like dancing in the waiting room before her radiation sessions, where she would be forced to keep still for long periods of time, and her weekly “outing”, when her dad would push her in a wheelchair to go look at the hospital’s newborn babies through the window.

Unfortunately, the chemotherapy wasn’t enough to fight the cancer off for a second time, and soon the doctors told Sarah and Jurgen the horrifying news: Rebecca’s illness had advanced so severely that her chance of survival was just 10%.

Although incredibly disheartened, Sarah and Jurgen held onto the slim chance that their baby girl would get a miracle. “We just had to have faith that she would be well again,” Sarah says.

Throughout these traumatic months, the SABMR continued its search for a bone marrow donor. Rebecca’s story of resilience inspired hundreds of people in the family’s Hillcrest community and beyond to begin registering as donors, and within a few short months, the SABMR received a “staggering” influx of new registrations.

Amazingly, only one month after the search began, Rebecca’s donor was found—right here in South Africa. It is rare to find a bone marrow donor so quickly and so close to home. In fact, many people cannot find donors anywhere in the world, despite months of searching, and often, those patients without donors do not survive.

Sarah recalls vividly the day that Dr. Vaithilingum phoned the hospital bedside telephone to notify the family that a donor had been found, saying that she, Jurgen and Rebecca were “overjoyed”.

On 10 October 2007, four months after her relapse was discovered, Rebecca received her lifesaving bone marrow stem cell transplant, which cured her of her leukaemia. She was discharged from the hospital just one month later with a clean bill of health, and in 2008, Rebecca’s family moved to the United Kingdom where Jurgen had a new job—Rebecca’s leukaemia a thing of the past.

Soon thereafter, the family welcomed a baby sister for Rebecca. Rebecca refers to her relationship with her sister Katie as “very close and special”. The four of them returned to South Africa when Rebecca was nine to be closer to family, and today, Rebecca is a matric student at Parel Vallei High School in Somerset West.

A celebration of life

In her spare time, Rebecca enjoys sewing, reading and baking for her small business, called Becca’s Brownies. She recently celebrated her 18th birthday with friends and family in Franschhoek, and will soon be leaving to spend a year in England and Germany, visiting her family, taking courses in Graphic Design, and learning German. And most important of all: she is healthy and cancer-free.

Of her daughter, Sarah says, “Rebecca has a pure heart and a maturity beyond her years. I truly believe that she’s been through has moulded her into the special person that she is today. She is a testament to the doctors, nurses, the South African Bone Marrow Registry and the Sunflower Fund who all looked after her and recruited donors to help save our beautiful daughter.”

Rebecca met her donor, Zyta Foxcroft, in 2013, at the SABMR’s 21st anniversary celebration.

Zyta was one of the first 500 donors to join the SABMR in the 1990s, and was thrilled to finally have the opportunity to donate for someone in need.

Rebecca recalls the exact moment she realised that Zyta was her donor. “At the anniversary, when I walked into that room full of people, I looked around to guess who my donor was and Zyta smiled at me. I will never forget that she had the friendliest face, and I instantly knew she was the person who saved my life.”

The two have stayed in contact in the years since, and Rebecca still wears the butterfly necklace that Zyta gifted to her on the day they met. “I wouldn’t be here today if it wasn’t for Zyta, and this necklace reminds me of her and what she did for me,” she says. Rebecca never takes the necklace off.

Sarah calls her daughter’s donor a “real angel on earth.”

The Stringer family is also grateful to Dr. Vaithilingum, “whose love and determination saved our daughter,” Sarah says. Rebecca says that Dr. Vaithilingum and the nursing staff were her closest friends for those years of her life, when she was removed from pre-school and was isolated from other children her age due to long stays in the hospital. “Dr. V would always try putting me in a better mood by rubbing her stethoscope on my stomach and making jokes to cheer me up,” Rebecca remembers fondly.

Carrying the scars—and hope for others

Sarah refers to her daughter’s three-year cancer journey as “the hardest and most emotional time of our lives.” And while Rebecca is healed, the memory of that trying time has stayed with the family. “We carry the heartache and scars from that time with us,” she says.

But it isn’t all negative. In many ways, Sarah says, Rebecca’s journey has created more space for joy and closeness in the Stringer family. “We see life through a different lens and appreciate the milestones in our lives so much. Don’t sweat the small things, cherish one another, make happy memories and be kind to others: that’s what it taught us.”

Sarah says that seeing her daughter happy and healthy at 18 is a true blessing, and that the family often shares stories of Rebecca’s miraculous recovery with friends and strangers, because “in these hard times we living in, we need hope”. Sarah hopes that in sharing Rebecca’s story, the family can encourage other people to register with the SABMR and help more patients like Rebecca find their miracle donors.

“You never really think about becoming a donor unless your family is affected,” Sarah explains. “You never know if and when you or your child may need a donor.”

The Stringer family is eternally appreciative to the friends, family members and strangers who raised awareness, registered with the SABMR, and helped recruit donors during Rebecca’s illness and in the fourteen years since.

“If you are reading this and haven’t registered, please do so,” Sarah asks. “Save lives! Thank you and God bless.”