In 2012, Anja Kruger’s world came crushing down when she was diagnosed with Hereditary Haemolytic Anaemia – a life-threatening blood disorder – at only 14 years old. 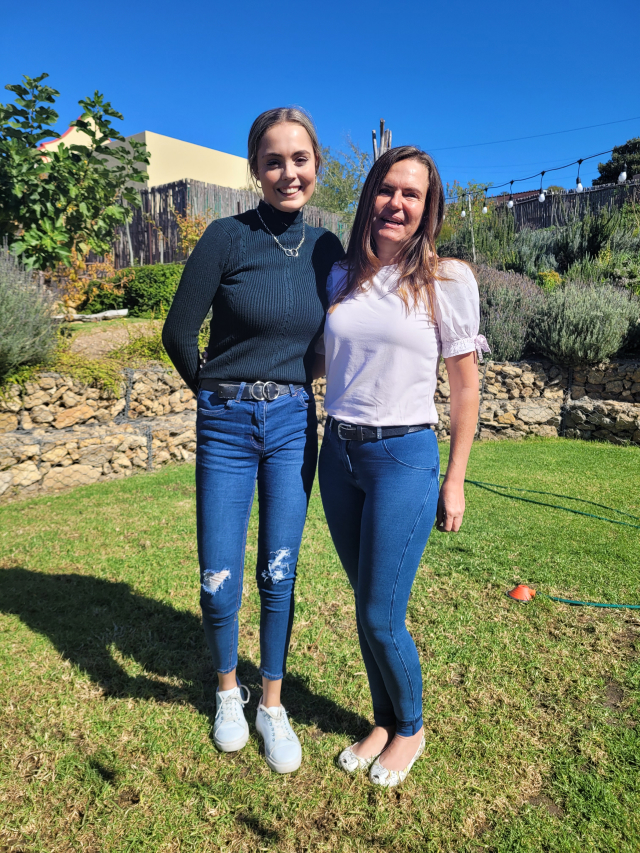 The diagnosis came as a complete shock. She describes herself as an energetic teenager, who loved spending time with her friends, but a persistent pain in her spleen prompted a doctor’s visit and further tests confirmed her diagnosis, for which she needed a stem cell transplant.

While waiting to find a matching donor, Kruger decided to take a natural approach by following a mostly plant-based diet in order to give her body the best chance of recovery after the transplant.

Her prayers were answered four years later in her matric-year when a suitable stem cell donor was found, but her joy was short-lived as the donor withdrew from the process.

“The setback was devastating. It meant that the search process would have to start from scratch, and I’d have to resume heavy medication and weekly blood transfusions until a new donor was found,” says Kruger

Fortunately, another donor was found soon after, but she had to steel herself.

“I couldn’t believe how quickly the SA Bone Marrow Registry (SABMR) found another match. Admittedly, I was sceptical and didn’t want to get my hopes up as I thought this donor might also withdraw but thankfully, she didn’t.”

Kruger’s donor, Ronel Robinson from Pretoria had signed up to the SABMR 11 years prior following a donor drive in aid of a friends’ child who was diagnosed with Leukaemia. The DNA match between the two were so close that Kruger’s doctor couldn’t believe that the two were not related.
Robinson says when she received the call, she was in tears.

“To have been able to give the gift of life to someone is a feeling I simply cannot explain. When I received the call from the SABMR, I was thrilled. I kept thinking how wonderful an opportunity I’d been given to help save someone’s life and all it was going to take was a few hours of my time. I received first class treatment from the SABMR, as well as the team from the transplant centre. Everyone took such good care of me.”

Apart from a few minor side effects in the week leading up to the donation, Robinson says her experience was relatively painless.
Once medically cleared for a stem cell donation, the donor typically receives a five-day course of daily granulocyte-colony stimulating factor (G-CSF) or Neupogen injections to increase the number of stem cells in their blood stream.

Robinson said she had a few headaches, but nothing compared to what a patient with a life-threatening blood disorder would have to go through. “I would be lying if I said I wasn’t nervous, but I was comforted by the fact that I would be helping someone in need, and everyone made my hospital stay so comfortable.

Kruger’s transplant took place in December that same year. She remembers her sister shaving her hair on Christmas Day as she started losing her locks following the two weeks of chemo before her transplant. “It was a sad and happy day,” she recalls.

“Having to isolate during the holidays after the transplant was hard as I couldn’t be close to my family, but they gathered outside the hospital window on Christmas Day to check on me and cheer me up. The visit, albeit through a glass pane, kept me going. By New Year’s Day, I was discharged, and I made a full recovery in the months that followed,” says Kruger.

It has been six years since Kruger received her transplant. Due to donor-patient confidentiality, meeting up with donors or patients can only be facilitated by the SABMR three years after the transplant. As luck would have it, they met each other for the first time in Malmesbury – Kruger’s hometown, last month.

Both were nervous, yet excited at the prospect of finally meeting each other.

Kruger says she feels like she’s known Robinson her whole life. “We ended up chatting for six or more hours. The strange thing I realised when talking to her is that I now also love spicy food just like she does, which I previously didn’t. I am not sure if this has anything to do with her DNA in my body or not, but it’s a funny coincidence.

“It’s difficult for me to express in words how much her selfless act has meant to me. While she thinks it’s no big deal, she gave me my life back. That’s a really big deal in my books. Her name means ‘God’s joy’, and she epitomises it in every sense.”

Robinson says it was an honour to be able to give Kruger a second chance and she’d do it all over again if she had to.

“Any mother would do it to spare the life of another’s child. I kept thinking that this could have been my child. I can’t imagine what a parent has to go through when their child is diagnosed with a life-threatening illness and you’re basically helpless and reliant on a match from a stranger to save your child’s life. To see her so healthy and thriving is the biggest gift for me – one that I’ll treasure forever.”