You are here: Home / Stories about Patients / Taahirah Msomi 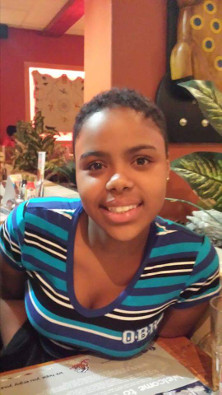 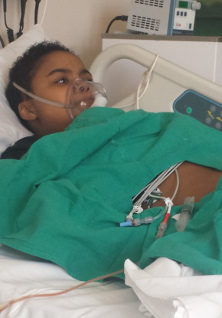 Two years ago, 13-year-old Taahirah Msomi from Durban started suffering from body pains, headaches and nausea. Her mother took her to the doctor, and eventually the shocking diagnosis was revealed: leukaemia.

‘When I found out it was a type of cancer, in the blood, I thought “Am I going to die?”’ Taahirah recalls. A bone marrow transplant was her only means of survival. While she was treated at Netcare Parklands Hospital, Taahirah’s sister and brother were tested but not found to be bone marrow matches for her.

The SABMR began searching for a donor – and found the perfect match in Washington DC. Taahirah was transplanted at Capital Haematology Hospital in May 2015.

Although she still has aches and pains and sometimes gets sleepy – ‘it’s part of my healing’, she says – life a year later is relatively back to normal. Best of all, Taahirah is no longer on medication. ‘I’m 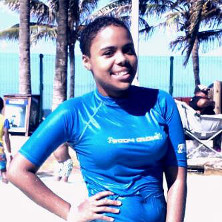 always on my phone, listening to music!” she says. ‘I’m very excited to get a second chance at life.”

Taahirah’s parents Renelle and Patson are ‘very grateful and delighted’ that their bubbly daughter who loves to dance is in good health. ‘At first we prepared for the worst; now we have hope.

We’ve got her back,” says Renelle. Of Taahirah’s donor she says, ‘We’d love to meet this person who made sacrifices to make a difference. You must be an awesome person to do something like that.”