Hello Readers! Its ThembaTee here with a new story to tell.  In this story, we discover that sometimes, all we need is the support of the people we love to help us become the best person we can be. After Sibongile Jimlongo’s grandmother supported her in the decision to donate bone marrow, Sibongile helped save a life. Now, she and her Gogo are spreading the news about donation!

In Xhosa, there’s an idiom that says, “Intaka yakha ngoboya benye"; meaning that “a bird builds its nest using feathers from other birds". Here's why I love that so much. It means we all have to help each other in this life, and that without help from our community, we cannot live fulfilling, happy lives. In this story, Sibongile is a true example of that phrase when she helps another South African get a second chance at life. 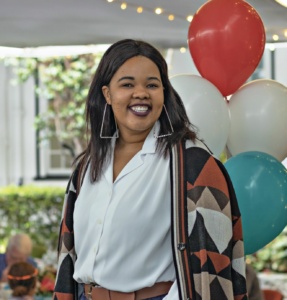 Sibongile Jimlongo, a 25-year-old law graduate from the University of Western Cape, has been a consistent blood donor since 2013. In 2016, she registered with the SABMR at a blood drive, and less than a year later, she got a call from the Registry saying she was a potential match.

As a Xhosa woman, the approval of Sibongile’s grandmother was an important factor in deciding whether to move forward. At first, her grandmother says she was confused because she didn’t know donating was something Black South Africans could or should do. “We always thought it’s just one of those things that was done by Whites!” she says.  This is a big misconception that we have in our Black community, likely due to the lack of exposure to these issues. But thankfully things are starting to change as younger people like Sibongile step up to make a difference and educate their peers!

Unfortunately, Sibongile explains, this misconception is common, because not many people in the Black South African community are diagnosed with cancers or speak publicly about their diagnosis. She believes the numbers of Black South Africans with blood diseases and cancers is vastly underestimated due to stigmas – particularly in the older community – against Western medicine, and a tendency to seek alternative healing before visiting a hospital. “You have a huge number of people not seeking medical help, people using traditional medicine,” she explains. “So that’s a small portion of the true number of people who are in desperate need.”

But it wasn’t just the older crowd that was hesitant; many of Sibongile’s peers were worried, too. She often received questions such as what would happen to her once she donated, and how she would get her bone marrow back. “People are under the impression that it’s very invasive,” Sibongile explains. “They have this image of the needle being yanked into your spine and being unable to function afterwards. But things have evolved. It’s been a pleasure to talk to people about it to say, ‘I’m here, I’m okay.’”   I used to have this misconception as well, and once I learned more about bone marrow donation, I realised that it isn’t as scary or invasive as I thought—it doesn’t even require an operation! Check out the info box to the right for more info. 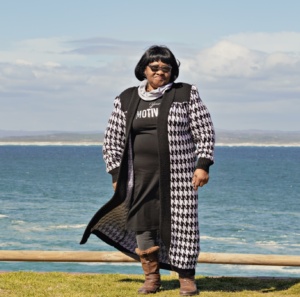 After she finished explaining the new donating process, called peripheral blood stem cell donation, her grandmother approved. “My child, I support you fully,” she told Sibongile, calling her a “brave girl.” Soon thereafter, Sibongile donated at Netcare Kuilsriver Hospital, accompanied by two friends. Gogo is pictured here on the right.

Still, Sibongile doesn’t consider her donation as a heroic act. Speaking about her recipient, she says, “For them it’s big, but for me it’s small. I’m still healthy, I’m still able to continue with life as normal. My stem cells were able to do so much more for them in their life than those cells were doing for me.” Sibongile later found out that her recipient was a South African child, which made her donation all the more meaningful.

The donation has changed Sibongile’s perspective completely. “Even the way I look at life now, it’s changed. Because I know that there’s someone out there who just needs a small thing to be able to do so much more in their life. I think our health is something that we take for granted, because we’re functioning normally and health-wise we’re okay. But that gift of life that we’ve been given, we need to pay it forward to the next person.”

Now, Sibongile’s grandmother happily shares news of Sibongile’s donation and the importance of registering as a donor. After all, she reminds us, “we’re all of one blood.” 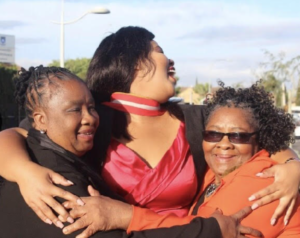 To Sibongile, we are so grateful to you for this selfless act, and we wish you and your family a great future, filled with life and love. And to Sibongile’s Gogo, thank you for supporting her in her decision to donate. We need more Gogos like you—who are open to change, and will stand by their children and grandchildren as they grow up and make brave choices.

The more we educate people about bone marrow, including our Black and Coloured communities, the more lives we can save. Help us spread awareness by sharing this article with your friends. And don’t forget to follow our socials on Facebook, Twitter and Instagram for more stories!

It’s a widely held misconception that the bone marrow donation process is painful, invasive, and may cause permanent damage to the donor’s body. But a lot has changed about the process in the last few decades that makes donating easier, faster, and virtually painless for donors.

Today, most donors donate through a process called peripheral blood stem cell collection (PBSC), which is virtually painless process completed in about six hours at a private, specialist centre dedicated to bone marrow transplants. PBSC is nonsurgical, non-anaesthetic, and is done exclusively through the blood, similar to donating platelets. While donating, most donors end up watching television, working remotely, playing on their phones, or even taking a nap.

By donating, you are not putting yourself at increased risk of illness. You are only donating extra cells your body doesn’t need, produced by an injection before you donate. After donating, you are back to feeling normal in a day or so and your body will continue to produce healthy blood.

Only on rare occasions are donors asked to donate via the hip bone, usually when the patient is a very young child. This does require an operation, but donors don’t have to agree to it if they’re uncomfortable.