Hello Readers! ThembaTee here. I’m proud to introduce you to Rebecca Stringer. As a toddler with leukaemia facing just a 10% chance at survival, Rebecca needed a miracle. That miracle was found in Zyta Foxcroft, who would donate the bone marrow to save Rebecca’s life.

Now 18 years old and 14 years cancer-free, Rebecca has started a new job and courses she loves with a full, healthy future ahead of her!

Rebecca Stringer was only two years old when she was diagnosed with Acute Lymphoblastic Leukaemia. Under the care of paediatric oncologist Dr. Monica Vaithilingum, Rebecca—just a toddler at the time—underwent six months of rigorous chemotherapy, which thankfully pushed her cancer into remission. But just one year later, in 2007, Rebecca’s cancer resurfaced, and suddenly a bone marrow transplant became critical and urgent to keep her alive. The South African Bone Marrow Registry (SABMR) immediately began searching for a compatible bone marrow donor for baby Rebecca. 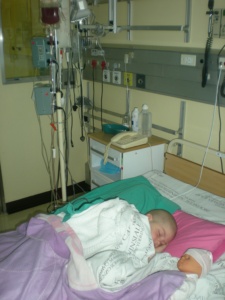 The few months that followed were nightmarish and emotional for Rebecca’s parents, Sarah and Jurgen. When Rebecca’s relapse was discovered, her medical team put her on a highly potent chemotherapy drug that, while necessary to help cure her, made her extremely sick. For a few weeks, Rebecca was so weak that she mostly slept, and her hair fell out for the third time.

Although young at the time, Rebecca recalls being terrified of her daily injections and the embarrassment she felt when her hospital sheets had to be frequently replaced because her medications would cause her to throw up. She remembers moments of lying in bed, overhearing her parents crying in the next room.   We commend your strength Rebecca. No one should have to go through this, especially a child so young, but you fought through this difficult period and it is now in the past. But we grieve with you that you had to experience such hardship.

But, Rebecca shares, she also remembers lots of love and laughter from those days, like dancing in the waiting room before her radiation sessions, where she would be forced to keep still for long periods of time, and her weekly “outing”, when her dad would push her in a wheelchair to go look at the hospital’s newborn babies through the window. 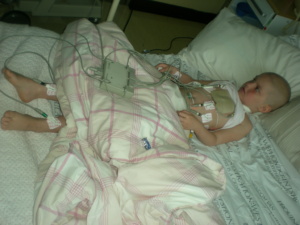 Unfortunately, the chemotherapy wasn’t enough to fight the cancer off for a second time, and soon the doctors told Sarah and Jurgen the horrifying news: Rebecca’s illness had advanced so severely that her chance of survival was just 10%.

Although incredibly disheartened, Sarah and Jurgen held onto the slim chance that their baby girl would get a miracle. “We just had to have faith that she would be well again,” Sarah says.  Faith is powerful! Sarah and Jurgen, thank you for being the pillars of strength in Rebecca’s life. This was probably the most challenging moment that either of you had ever faced, but you stayed strong for Rebecca, and she stayed strong for you.

Throughout these traumatic months, the SABMR continued its search for a bone marrow donor. Rebecca’s story of resilience inspired hundreds of people in the family’s Hillcrest community and beyond to begin registering as donors, and within a few short months, the SABMR received a “staggering” influx of new registrations. Amazingly, only one month after the search began, Rebecca’s donor was found—right here in South Africa.  Thank you, donors, for giving Rebecca and her family hope! It is rare to find a bone marrow donor so quickly and so close to home. In fact, many people cannot find donors anywhere in the world, despite months of searching, and often, those patients without donors do not survive. 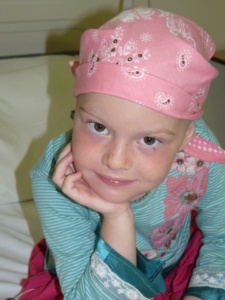 Sarah recalls vividly the day that Dr. Vaithilingum phoned the hospital bedside telephone to notify the family that a donor had been found, saying that she, Jurgen and Rebecca were “overjoyed”.

On 10 October 2007, four months after her relapse was discovered, Rebecca received her lifesaving bone marrow stem cell transplant, which cured her of her leukaemia. She was discharged from the hospital just one month later with a clean bill of health, and in 2008, Rebecca’s family moved to the United Kingdom where Jurgen had a new job—Rebecca’s leukaemia a thing of the past.

Soon thereafter, the family welcomed a baby sister for Rebecca. Rebecca refers to her relationship with her sister Katie as “very close and special”. The four of them returned to South Africa when Rebecca was nine to be closer to family, and Rebecca recently matriculated from Parel Vallei High School in Somerset West. Soon thereafter, she was offered aninternship and study sponsorship from Dr. Ian Webster and Sandy Webster, partners at Dermalaser. Rebecca just finished her first course in digital marketing and design at Red and Yellow School of Marketing, and most importantly: she is healthy and cancer-free. 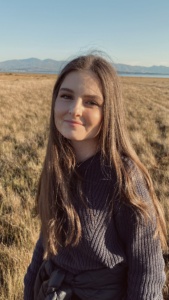 Of her daughter, Sarah says, “Rebecca has a pure heart and a maturity beyond her years. I truly believe that what she’s been through has moulded her into the special person that she is today.”

Rebecca met her donor, Zyta Foxcroft, in 2013, at the SABMR’s 21st anniversary celebration. Zyta was one of the first 500 donors to join the SABMR in the 1990s, and was thrilled to finally have the opportunity to donate for someone in need.

Rebecca recalls the exact moment she realised that Zyta was her donor. “At the anniversary, when I walked into that room full of people, I looked around to guess who my donor was and Zyta smiled at me. I will never forget that she had the friendliest face, and I instantly knew she was the person who saved my life.”

The two have stayed in contact in the years since, and Rebecca still wears the butterfly necklace that Zyta gifted to her on the day they met. “I wouldn’t be here today if it wasn’t for Zyta, and this necklace reminds me of her and what she did for me,” she says. Rebecca never takes the necklace off. 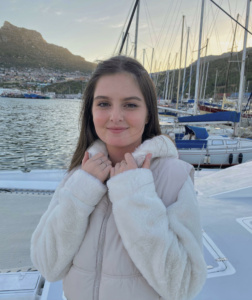 Sarah calls her daughter’s donor a “real angel on Earth.”

To the Stringers, thank you for sharing your incredible story with us. And to all of our donors–whether you’re registered and waiting for your chance to donate, or if you already have–you truly are real angels on Earth, just like Sarah said. And if you aren’t registered yet, you can be too! Check out the Become a Donor tab at the top of this page for more information. See you soon for more stories!
Till next time,