Home » Blog » FROM LEUKAEMIA TO LAWYER

Hello Readers, ThembaTee here, with a story of perseverance that will make your day.

Introducing Pieter Goosen, who conquered leukaemia—and then, thanks to a bone marrow donor who helped save his life, and plenty of support from his loved ones—went back to school and conquered his law degree, too!

FROM LEUKAEMIA TO LAWYER

In 2016, Pieter Goosen discovered odd-looking freckles on his back. This, combined with fatigue and pain in his arms, encouraged him to visit his doctor. His doctor phoned to say that they had discovered new cells growing in his back, and that he needed to come to Pretoria immediately to be admitted into the hospital. 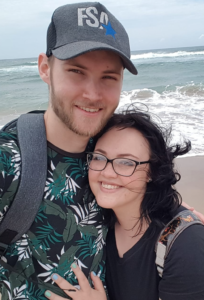 On Pieter’s first night in the isolation ward, his girlfriend Marizka slept in a chair at his bedside. “I was very scared,” Pieter remembers. “We weren’t sure what was going on.”

Pieter remained in the hospital throughout December, including Christmas. They started chemotherapy treatments and the SABMR began the search for a donor. When he was released on New Year’s Day, Pieter moved in with his parents, because his treatment required near total isolation. Marizka moved with him to be by his side. 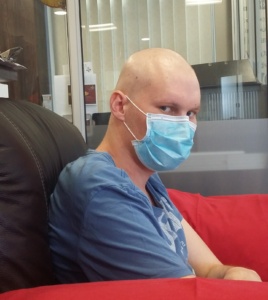 “It was not an easy time,” Pieter explains. “What people are experiencing now with COVID-19 is what I experienced that year. The whole world is going through what leukaemia patients go through every day: isolation, handwashing, masks.” While most of us are used to this now, imagine how difficult this must have been for Pieter—in pre-COVID times when we were all living normally, Pieter was masked up, isolated, and sanitising everywhere he went.

Pieter’s parents, Hentie and Jacky, took Pieter to Pretoria for his weekly doctor visits, which included chemotherapy, lumbar puncture, and frequent blood tests and scans. Pieter credits his “extraordinary” parents for their strength through this nightmarish time and the sacrifices they made so that he could get the care he needed. He is also grateful to his uncle Pieter in Pretoria and best friend Julius, who supported him every step of the way.

On 30 August 2017, Pieter received his lifesaving transplant from a donor overseas. Now, cured of his leukaemia, Pieter finished his law degree and is doing his articles to become an attorney. The couple moved to Johannesburg in 2020, where they both have new jobs. But the adjustment back to normal life was tough on them both. 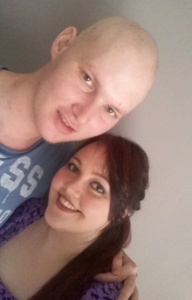 “It’s tough to go to the office every day because you get the idea in your mind that maybe tomorrow you won’t be there,” Pieter says. “You know that life is so short and valuable.”

Since his transplant, Hentie, Jacky and the rest of the couple’s families have gone above and beyond to raise awareness about bone marrow, including a registration drive at Northwest University, where Jacky works in the nursing school. But Pieter says that the work is never done, and he wants to be even more involved in the Registry moving forward.  Thank you, Pieter! You will always be a part of the Registry family, and we are thankful for your continued support.

Pieter has received a few letters from his donor and hopes to meet her someday. Marizka says, “She made the selfless decision to help someone she has never met, half a world away. We are eternally grateful to her.”

“Thinking back on that year brings up a lot of memories, some very scary and some full of blessings,” Marizka says. “We’ll never be able to thank everybody who made a difference in our lives.” She gives thanks to their families, the doctors and hospital staff, their close friends, and even the people from League of Legends, one of Pieter’s favourite online games, who sent Pieter an email wishing him luck before his transplant. But the list of gratitude continues. “We can’t even name all the people who helped,” Marizka says. “So many people helped. Random strangers. Everyone.” 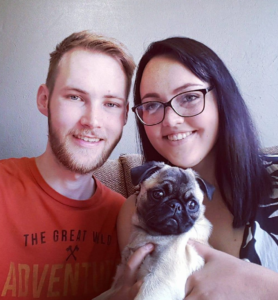 Pieter, you are a living testimony to hard work and perseverance. We wish you and Marizka all the best in Johannesburg as you continue to pursue your careers. We are thrilled that Pieter was able to receive his lifesaving transplant—but there are still thousands of children and adults around the world searching for their miracle match, and many don’t find that match in time and do not survive. The only way we can help them is by getting more people signed up to be donors. You may just be the miracle they are looking for! If you’re interested in registering as a bone marrow donor, head to the top of this page and click, “Become a donor”. We will be excited to welcome you onto our Registry, and into the SABMR family!