Hello Reader! Thanks for joining me for a new story today. This one is a true testament to the phrase, “everything happens for a reason”.

When Ilza Wichmann lost an opportunity to leave South Africa, she discovered why she was needed right here at home: there was a man in need of a bone marrow donor, and she was his perfect match.

ONE DOOR CLOSES, ANOTHER OPENS 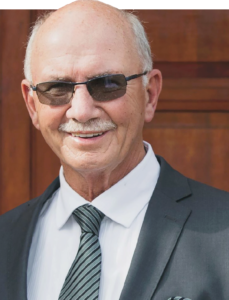 Twenty years ago, Ilza Wichmann was in varsity college studying international hotel management when she was recruited to go work in Disneyworld in Florida. But when Ilza left for America, many things went wrong: they struggled to secure plane tickets, her credit card wouldn’t work, and when they arrived in New York, a snowstorm struck. After one too many bad signs, she booked a flight back to Johannesburg, thinking an opportunity had been squandered. But soon she would have a new opportunity – this time, to save the life of a stranger, fellow South African Lourens Ferreira (pictured right).

Soon after returning home, Ilza saw a Carte Blanche episode on a Pietermaritzburg woman who had donated bone marrow. At her next blood donation, she registered. A few months later, she received a call asking her to do further testing, which showed she was a perfect match for a patient in need. Soon thereafter, Ilza and her father traveled to Cape Town together, where the SABMR’s former Harvest Coordinator Veronica Borrill and former Deputy Director Terry Schlaphoff met them at the airport. They took Ilza and her father to their hotel then toured them around the hospital where Ilza would give her donation. Two days later, Ilza donated.

Ilza donated the first day for 8 hours, then returned the next day for a 6-hour donation in case her first donation didn’t produce enough cells for Lourens, who was larger than Ilza. By that afternoon, Ilza had completed her donation and spent the afternoon touring Cape Town and enjoying a nice dinner at the waterfront. 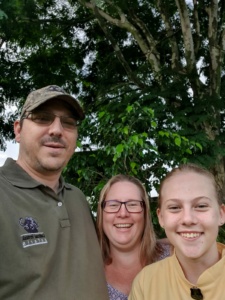 “The donation itself was pretty simple. It was just out my right arm and back in my left. I was nervous but the staff were amazing. They put me at ease and explained each step of the way,” she says.  One thing we hear from almost every donor is that they were nervous before their donation—which is totally understandable! The unknown is always scary. But something we also hear, from almost every single donor we’ve ever had, is that they were so glad they got through those nerves and donated. Because they knew the patient was nervous too, and that their donation could save that patient’s life, they were able to conquer those nerves and move forward with the process. That’s why our donors are our heroes!

Now, Ilza is a personal assistant to several financial advisors at Hereford Group. She, her husband of fourteen years, and their 12-year-old daughter live in Pietermaritzburg (pictured above).

“Not many people know that I’ve donated,” Ilza says. “It was just something that I needed to do – I don’t like to toot my own horn.”

At first, when she received the call from the Registry asking if she was interested in meeting her recipient, Ilza was hesitant. “I talked to everyone about whether I should do it. It was a big decision,” Ilza says. But then Ilza found out that Lourens is only a few months younger than her own father. “I thought, ‘Maybe this is meant to be.’ I decided I should meet him.” 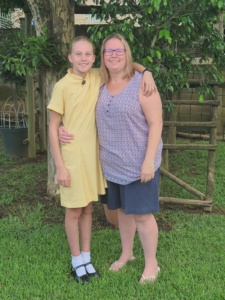 Unfortunately, the COVID-19 lockdown interrupted their plans, but Ilza hopes to connect with Lourens as soon as they can. She plans to take her dad with her to meet Lourens, who is a farmer in the Eastern Cape. “My dad started this journey with me and I want him to be there,” she says. “The whole experience brought my dad and I a lot closer.” We can’t wait to hear all about it when you do have the chance to meet. This was a journey that you conquered together and you should be able to celebrate it together, too!

Ilza looks back fondly on the failed trip to Disney. “If that had worked out, I wouldn’t have been here to help.”

I was raised to believe that everything happens for a reason—and it seems like Ilza was, too. For Ilza, that reason was Lourens. There was a life she needed to save and, in that moment, that purpose was bigger than her disappointment at the change of plans. I hope we can all learn from Ilza to weather the changes in our lives—and to look out for opportunities to help others weather the changes in theirs. Now more than ever, we need stories of hope and compassion—and we have many more to share with you. Click the follow links below to follow the SABMR on Facebook, Instagram or LinkedIn and stay updated on my blog posts!