Now, this story is one of my favourites because our donor’s own medical journey inspired her to help another person in need.

We all have compassion for those who are struggling—but Sithokozile’s decision to take action and do something with that compassion is worthy of celebrating! 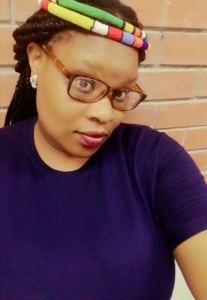 Sithokozile Mbele, a 30-year-old from Durban, registered with the SABMR at a blood drive because of a lifelong compassion for medically ill people. She had eye problems as a kid, and often couldn’t play outside with the other children because rough play would break her glasses. So, she began reading books and spent a lot of time in the library. There, she met other children who couldn’t play, but for a very different reason: medical illnesses, such as diabetes or cancer. Growing up with these friends helped Sithokozile develop a deep sympathy for those with medical illness.

She explains, “For me, I was okay, because my problem was sorted out with my glasses. But for them, their problem wasn’t getting sorted out. That’s the reason I joined the SABMR.”

In July 2019, Sithokozile donated bone marrow stem cells for a patient in need. She says the donation itself was painless.

Sithokozile received a lot of concern from friends and family when she told them she was planning to donate. But for Sithokozile, her decision was all about paying it forward. “Someone asked me, how is it going to benefit you? And I said, ‘If my mother needed this, I would expect someone in the community, in the country, to donate. So why can’t I do that for someone else?’ It’s not because I know someone that is sick. It’s because I want to be the change.”

Now, Sithokozile is doing her best to share information about bone marrow in her community. Unlike the traditional process of the older generation passing knowledge down, Sithokozile explains that in the case of medicine, it is often younger people passing on information to older people. Sithokozile believes that this is because there’s a taboo against cancer amongst older Black South Africans. 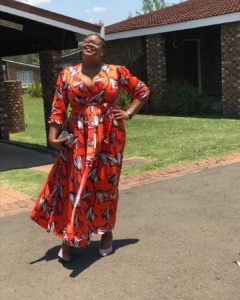 “They believe that African people don’t get sick from cancer, because people hide those sicknesses,” Sithokozile says. “They are ashamed because they think it’s a White people’s sickness. That’s why getting people to register to be donors is difficult, because they don’t know anyone in their community who has had cancer. They only find out later that many people in their family had cancer but that it was a secret.”

“Once people can talk openly about cancer, then people might start taking it seriously,” Sithokozile says.

It is in our power to educate our own communities about the possibilities of saving a life through bone marrow donation. If we can each spread the word to a few young people about donating, it will impact many generations to come and save many lives. In the box on the right (or on the bottom, if you’re joining us from your phone), there’s some information that will help you understand why we really need more Black and Colored communities to register as donors. Spread the word!

Sithokozile’s father was initially skeptical about her donation. But once she explained what it actually meant to be a donor, he supported her – and now, he’s even encouraging others to donate and correcting people when they share incorrect information about bone marrow. Friends interested in donating have started calling Sithokozile to learn more after hearing about it from her father. She says, “People will say, ‘I didn’t know an African person could do this,’ or, ‘I didn’t know a young person could do this.’ But now that they know someone who did it, they’re interested.” 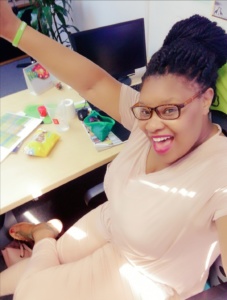 Sithokozile estimates that between ten and twenty people she knows have registered since her donation. That is incredible! Sithokozile, thank you for being the change you want to see in the world, and encouraging others to do the same.

This story is true evidence of someone who has followed the meaning of her name. Today, thanks to Sithokozile’s donation, the patient and their family can say “SITHOKOZILE” (“We are Happy!”).

Please do stay tuned on the SABMR’s socials for more beautiful stories. For now, its bye from me!
Till next time,