I am so thrilled to be sharing this story with you today, one that really hits close to my heart. Many of the donors we work with say that donating bone marrow has been one of their life’s greatest moments, but that doesn’t mean it was an easy decision for them to make.

Today, I’ll introduce you to a young man named Connor Newkirk, an advertising copywriter from Bothasig, Cape Town, who overcame his fear of donating and helped save a life—and is encouraging other people of colour to do the same.

Connor registered as a bone marrow donor through a work event in 2018 at age 22, and got a call to donate only a few months later. “I didn’t quite understand what it was at first,” Connor remembers. “But I got in touch with the SABMR who were very accommodating, professional, and friendly. They taught me a bit about donating and why it’s necessary. This meant I could make an educated decision and go into the process with an open mind.” 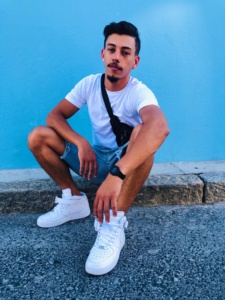 In June 2019, Connor gave his donation via a catheter in his leg. Connor is thrilled that he went through with it, but he wasn’t so sure early on in the process. “When I was going through the process, I was looking for every excuse not to go, because it’s the unknown, there’s fear,” Connor explains. “The SABMR do their best to explain how the process is going to work, but it doesn’t take away the fear and the nerve-wrecking side of it. If any excuse had popped up, maybe I would have taken it.”  I really appreciate how honest Connor was about his fears here—if we can name our fears, we can conquer them! Especially when it comes to something as important as saving a life.

Thankfully, Connor says, the SABMR handled all of the logistics, so all he needed to do was make himself available. It made the donation easy and encouraged him to continue moving forward in the process. Even things like getting to and from the testing and donation centres were handled by the Registry staff. “One issue, especially for some less fortunate people,” Connor says, “is transport. But everything is streamlined. They’ll give you a petrol allowance, or assistance with transport. They even offered to pick me up. My job was surprisingly understanding and happy that I was making a donation.”

Being a person of colour, Connor is saddened by the fact that more Coloured people aren’t signed up to be donors, especially because it’s so important to have an ethnically diverse Registry, as most patients will need a donor from their same ethnic group. A big reason that few Coloured South African donors are registered, he believes, is a lack of education about bone marrow donations and why it’s so important. 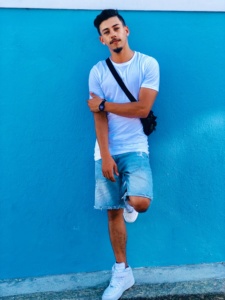 I couldn’t agree with Connor more. Before teaming up with the SABMR, I barely knew anything about bone marrow, and I was scared about the idea of registering. But if we can teach people what it means to donate, they’ll realise it’s not as scary as they thought.

“People know why it’s important to donate blood,” Connor says, “but they don’t know about bone marrow and how by donating you could potentially save a life. And I assumed it would be a lumbar punch. But there are new procedures that don’t include [that], making the process less daunting and more comfortable.”

“I look back, and I’m so glad I did it,” Connor says of his donation. “It’s possibly one of the best experiences I’ve ever had. You have an opportunity to save someone’s life, and that in itself is life changing for you as well as the patient. I urge anyone and everyone to register, Coloured or not. You might just give a little boy or little girl a second chance at life.”

Connor, I’m so proud of you, and on behalf of the entire SABMR team, I say thank you. Your courage is an example to all of us! And to my readers, I hope this piece helped shed a little light on donation and why our fears shouldn’t stop us from doing all we can for someone in need.

There are a lot of incredible stories that we are yet to tell—and I don’t want you to miss a single one! Please stay tuned by following the SABMR’s pages on Facebook, Instagram and Twitter, where I’ll be posting every other week.